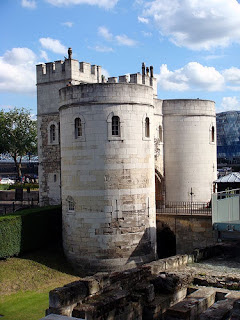 Another little tidbit I learned while touring the Tower of London was the origin of the phrase “he got off Scot free.”

It seems that many hundreds of years ago, one of the prisoners sentenced to death at the Tower of London was a Scotsman. This wily character was deemed dangerous enough to only be brought into the Tower through the maximum-security, all waterway entrance known as the Traitor’s Gate.

No prisoner had ever previously escaped from that entry point and no one other than that lone Scotsman ever did again. That proud Scott did escape and lived the remainder of his days a free man back in Scotland.

Hence, the phrase “he got off Scot free” came into the language (or at least this is the story told by the Tower’s tour guide!).