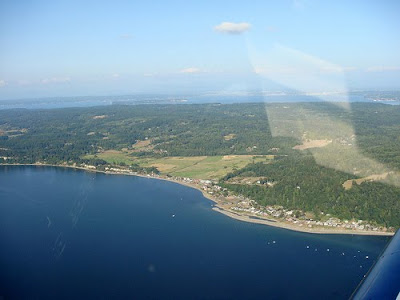 As a fan of the book "Atlas Shrugged" by Ayn Rand I couldn't help but get a chuckle and then an ah-hah moment out of the chart to the right.

I spied it on the Bastiat Society blog and since it fits so well with the current news, I just had to share it here. Be sure to check out the Society's site as well - moto: those who live in freedom should know how freedom works - for an interesting take on things.

For those of you who haven't' yet read the book "Atlas Shrugged" you owe it to yourself to pick up a copy. Yes, it's a 50 year old book. Yes, it's a multi-pound, one thousand plus page book, and yes, it anchors the discourse around the the railroad and steel technologies of it's era. However, the parallels between its world and today's economic reality are just too striking to ignore.

As you can see from the chart, others share the same feeling as sales performance of the book on Amazon.com spikes perfectly with key elements of our government's "solution" to all that ails us. 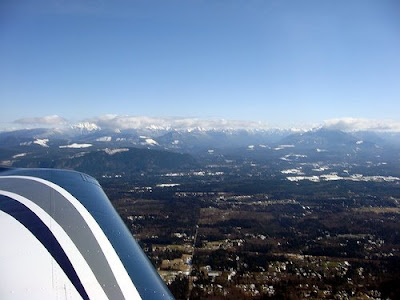 When my birthday rolled around this year and the weather cooperated at the same time, I just had to take a vacation day and go flying!

And what a nice day for it. Cold; mid-30's on the ground and just 20 degrees Fahrenheit at 4,000 feet and well, OK it was a bit windy BUT the views made it worthwhile.

The Evektor SportStar ran well though the in-cabin heat struggled to keep up with the desired warmth level asked of it.

Could have flown for hours on end but had to settle for just two hours of flight time as another rental customer was waiting back at Renton Airport so it was back to the pattern and a full stop landing.
If you want to check out more photos from this flight, click HERE.
###
Posted by Greg at 8:05 AM No comments:

Rick Santelli may be highly frustrated at the moment, (SEE VIDEO) but his concern may be quite valid.

As he said on CNBC from the floor of the Chicago exchange in response to the rapidly growing we'll-bail-out-anyone tidal wave "Cuba used to have mansions and a relatively decent economy. They moved from the individual to the collective. Now they're driving '54 Chevys -- maybe the last great car to come out of Detroit!"

Remember the quote that's often mis-attributed to Thomas Jefferson but actually came from Gerald Ford in 1974 (a another troublesome economic period in our history) “A government big enough to give you everything you want, is strong enough to take everything you have."

Will our big and growing government end up taking everything we have?

Today's parallels to Ayn Rand's book "Atlas Shrugged" are both amazing and a bit scary.

Found the following seven principles from a February 11th meeting recap of the Bastiat Society where Larry Reed addressed the group in Charleston, SC.

These are great guiding words with which to measure the actions our government is falling over itself to put in motion.


2. What is yours, you tend to take care of; what everyone owns, everyone tends to ignore.  My Mom used to tell me this all the time and I thought it was just here way of getting me to pay for my own wishes!


3. Sound economics requires looking at the long run, and considering the effects on more than just a few.  Instant gratification is so non existent in the long run!


5. Nobody spends somebody else's money as carefully as he spends his own.  My teenage sons confirmed this principle.


7. Liberty makes all the difference in the world.  Patrick Henry preferred death if liberty were to be withheld.


It’s hard to step back from the swirl the media creates and to which we’re drawn as if moths to a flame. But step back we must in order to find the wherewithal to ask questions of our government’s current actions and to measure those actions against principles such as these seven.

For similar minded comments and essays, check out http://bastiatblog.blogspot.com/. 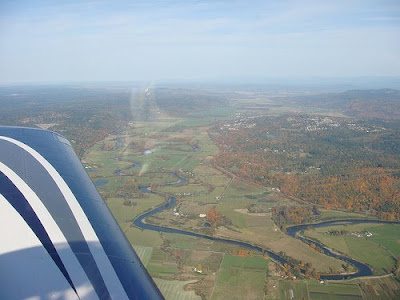 Well, we got the SportStar up on one of those crisp, near-perfect Fall days here in the Pacific Northwest.

With the visibility through the SportStar's bubble canopy so accessible, we just couldn't resist snapping photos of the spectacular view.
If you like the looks of this shot, follow this LINK for more.