Apple, Google, Sony and the Avionics industry; what is the connection?

While an Aviation fan might initially shake off any connection, it might prove useful to the avionics world to consider potential lessons to be gleaned from Apple, Google, and Sony. 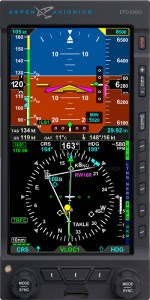 Next, consider how certain key trends within the avionics world play to the above analogy.
Might Avionics and the Consumer Electronics World play together?

So, perhaps the Avionics industry does have a connection with Sony, Google and Apple.  At the very least, lifting one’s head out of the immediate challenge and looking to adjacent fields using similar technology may serve as a source of inspiration, new growth, and partnerships in worthy and potentially innovation producing activities.  Thinking even more broadly, the marketing and new business model explorations of the Consumer Electronics world are also worth review by the Avionics world - thought that is best as a thought for a future post.  Now, if only FAA regulations could be so readily innovated!