Think We Do Well at Educating? Think again! 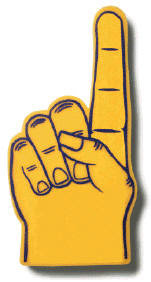 We have all heard these chants of national pride many times.  The next time you hear them though, I ask you to consider not the number one, rather the numbers 17, 23, and 31.

According to a world ranking of 15 year old students, the good ol’ USA ranks
Do these numbers fill you with national pride?

Before you go there, it’s not a simple matter of money.  Americans already invest nearly one trillion dollars each year in our educational system. The return on our investment? A failure to serve adequately a significant percentage of our youngest citizens.

Approximately four million young people begin the trek through high school each year.  How do they do?

In 2012, 1.65 million students took the SAT exam.  Of that number only 43% or 710,000 scored well enough to meet the college and career benchmark.  That means 57% of SAT test-takers are not meeting the benchmark.  That's almost one million, soon to be declared ready for college, students whom are simply not academically ready.

While it’s one thing to digest such stats and another to feel sorry for the students involved, the issue here is much larger than just a poor educational investment result.

Let’s look for a minute at the one and a quarter million students who each year fail to graduate because they drop out of high school.  One year’s worth of dropouts denies society more than $319 billion - $260,000 per dropout in lost incremental wages, taxes, and productivity over their lifetime.  A decade’s worth of dropouts cost our nation almost four trillion dollars according to the U.S. Department of Education.

Let’s bring the math a little closer to home though.  It is reported that the Los Angeles Unified School District costs, all-in, $330,000 per student to go from kindergarten through just 10th grade.  The incremental lost wages, taxes and productivity over the lifetime of a dropout, we already know is $260,000.  That means it costs society $330,000 plus $260,000 or more than half a million dollars to produce a high school dropout!  Simply shameful.

Is there a core issue, a root-cause to focus upon? 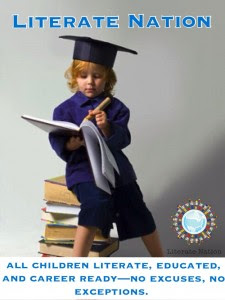 Did you know that a child’s reading proficiency by third grade has a direct correlation with his or her success in high school and beyond?  I have come to believe that a key cornerstone to addressing our poor educational performance resides in changing how we teach our youngsters to read.

Until about third grade, a young student is supposed to be learning-to-read. Beginning in fourth grade however, they are expected to read-to-learn.  What happens if the student is not taught to read proficiently by third grade?

Can they readily read-to-learn in fourth grade and beyond?  Some can overcome a poor start. The statistics however suggest the majority do not.

According to the National Right to Read Foundation, only 32% of all 4th graders and only 31% of all 8th graders read at their respective grade level.

Of course, it’s hard to blame the children if it's really a teaching issue.  And it's hard to blame the teachers if they have not been provided the right tools. A review by the National Council of Teacher Quality covering 222 reading courses from 72 institutions serving teachers in training, found that 85% of the teaching-to-read courses simply ignore current scientific research on reading and the best way to develop reading skills.  In other words, our upcoming teachers are not being taught to teach reading with the latest understanding of how to best promote such skills.

I hope the tidbits I have shared here today, strike a chord with you and leave you wanting to learn more. An excellent resource can be found in the book “Blueprint for a Literate Nation” by Cinthia Coletti.  I’ve met Cinthia and I know that her children’s struggle to learn put her on a path toward raising awareness as to just how abysmal our educational system is at serving students – not just the best and brightest – but all students, citizens who will determine the future of our nation.

The next time you hear, “We’re #1, we’re #1” remember we are really 17th in reading, 23rd in science and 31st in math.  Then tell someone about it.  If we spark enough conversations, we might also spark action toward becoming a truly Literate Nation.