What's A Speaker Manufacturer To Do? 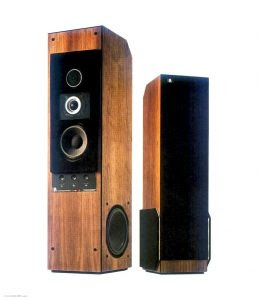 Back in the days when Hi Fi ruled the audio world, the pursuit of the ultimate sound quality was a near singular vision among the best of the speaker manufacturers. It was truly an analog art-form in a pre-digital world and a list of favorite models from that era makes for a long walk down memory lane; Acoustic Research’s small and mighty AR 18 or their way big brother the AR 9, Infinity’s Reference Standard IRS-IIb (heavenly),  Ohm’s Walsh 4, Definitives, DCM… insert your favorite memory here, the list goes on and on.

Designers of that day combined the best of minerals and materials, some quite exotic and expensive, into lovingly crafted analog sound producing statement pieces. And while cost was a constant tradeoff against craftsmanship in this analog world, short of live musical performances, these designers crafted some of the absolutely most astounding speakers to be enjoyed right in the comfort of one’s living room.

Today however, the speaker manufacturer’s world has been totally rocked by the digitization
of their analog domain and shifting consumer attitudes and actions.

What's a speaker manufacturer to focus upon today? Well, it’s as simple and as complex as:
Though it might be tempting for existing manufacturers to stay the course - many are long successful businesses who may feel they can ride through their demise - there can simply be no denying that the digitization of audio has changed the art of the speaker. Today’s digital world demands one adapt or die if growth and sustainability is desired.

How did this all come to be? 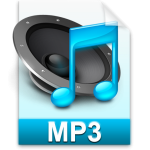 The consumer's proven penchant to trade quality for convenience was a big part of the wave driving the digitalization of audio, fueled by compressed sound files instead of analog waveforms. The digital MP3 format brought about a whole new way to listen to music. Suddenly, it was convenient to listen to music in far more ways and places than possible in a world driven by LP’s, reel-to-reel, cassette tapes and of course, room-specific speakers. Because this first wave of audio’s digitalization was largely about personal audio and headphones, many speaker manufacturers were slow to acknowledge the change it ushered in. Instead, they remained secure in their knowledge that since the output of a speaker is an analog output, to match analog human ears, their business would survive.

However, the writing was very clearly on the wall; adapt or face extinction was the new baseline requirement of being digital. New manufacturers arose. SONOS is a prime example of leveraging the power of digital to elbow their way into the speaker manufacturer’s analog world. Touch screen controllers followed by apps (there’s always an app nowadays) enabled a consumer interface that made embracing the SONOS system a natural extension of what the consumer was rapidly growing used to as the norm, thanks to their smartphone fetishes. 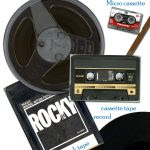 What’s more, other manufacturers, who had never even thought of speakers as being in their domain, suddenly rushed to add an output speaker to new digital creations producing a dizzying array of form factors and functions to capture the consumer’s imagination. At this point, existing speaker manufacturers could no longer ignore the digital threat and yet many chose to hold out for better days in the hope that the high-resolution audio market, the hipster’s retro-vinyl and tape market, or simply the aging audiophile market, would carry their day.  Of course, such hope is more a “last man standing” strategy than a recipe for robust growth. Each are valid market segments though not much help if you intend to grow revenues beyond the niche opportunities they represent.

SONOS and their digital mesh network breakthrough, solved the consumer’s tethered problem of MP3’s being mostly about headphones and PC’s. For the first time, consumers could freely place multiple speaker units around their home, or for that matter carry them from room to room, to serve not their old audio ecosystem, rather to fuel a new ecosystem made possible by digitization. Music was suddenly everywhere. Of course, that means speakers needed to be everywhere as well. Sadly, most name brand speaker manufacturers totally missed out on this growth explosion.

SONOS played nicely enough with old-line audio equipment to secure credibility, though from the start,  SONOS was really about an independent existence.  And while the sound quality of SONOS initially left something to be desired versus the analog art-form speakers and traditional audio components, SONOS’ convenience factor resonated with consumers and the company drove forward hard and fast into the digital divide.

One of the beauties of digitalization has been the emergence of new ecosystems that can lock consumers into one particular brand’s stable of products. Successfully done, as in Apple’s i-Everything and SONOS’ system, the consumer becomes a brand advocate par excellence. It’s hard to be a brand advocate for a bookshelf or floor standing speaker that is increasingly a one-off source of musicality as opposed to all the new digital ways a consumer can embrace music with excitement and passion not seen in the audio world for a decade or more.

And as those new/old product manufacturers, who previously had no or very little experience in the art of audio or speakers, rushed to bring digital connections to speakers in a wide variety of form factors, a whole new category of OK sound with extreme usage flexibility was created by digitization. These products descended upon the audio world and quickly pushed aside analog speaker manufacturers from the general market.


In the midst of and in spite of all of this, the traditional Hi Fi audio system market struggled on with large speaker cabinets, amplifiers, stacks of related gear and an enduring “Wife Acceptance Factor” (WAF to use a politically incorrect term) becoming less pursued by the general audio fan and ever more relegated to lone audiophiles.

Some speaker manufacturers saw this shift away from the general consumer as OK since they preferred customers who could appreciate the better sound and equipment nuances of the analog art world. The problem of course is that such thinking left a huge segment of consumers who may have purchased their gear, choosing instead the convenience factor over the sound quality. These consumers were abandoned by traditional speaker manufacturers and so SONOS and others won in spades.

Some consumers became loyal SONOS tribal members not because their sound was the best, rather because their sound was good enough, especially when considering the flexibility of a whole house approach; fully accessible and controllable from any of the family’s tablets, phones, computers, etc. providing each family member their own preference in the music enjoyment space.

So, what’s a speaker manufacturer to do today?

Though high-end, analog-output audio is enjoying a minor resurgence via high resolution audio, even it’s existence is due to the dominance of the digital domain. To survive today’s speaker manufacturers must deliver the digital goods though with an analog mindset. They can not continue to anchor the consumer in a Hi Fi system stuck in the living room OR relegate themselves to just the audiophile market totally ignoring the larger consumer segment that values the convenience of digital above the beauty of sheer analog (and they will pay a premium for both!).

There are four cardinal points a speaker manufacturer who is looking to thrive and is a true audio lover can do in this environment: 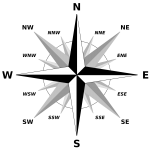 The power of the digital network:

If a product is not connected to the home network, much opportunity is missed entirely. SONOS uses the home network to understand how their products are being used. Call SONOS support and ask them to troubleshoot a SONOS system - they see it all and that’s very powerful information that just does not exist in a traditional speaker product!  SONOS draws a great deal of information from those network devices as to usage patterns, levels, firmware updates and even what else is on the consumer's network. A recent update from SONOS even introduced the idea of using microphones in the consumer’s smartphone to address sound balancing of the product in a consumer's room; something extreme audiophiles used to pay dealers with microphone arrays and parametric equalizers a hefty fee to perform.

And yet, even SONOS is not fully embracing the network’s power yet. Give an Amazon Echo a try. It’s extremely liberating to say “Alexa, play WIllie Nelson Teatro. Alexa, volume up. Alexa, stop please.” Or while the music continues to play, “Alexa, please add this album to my shopping list.”

SONOS is not currently in the voice activated market though the word is they are scrambling to get there. Meanwhile, third party Alexa developers are trying to hack together a SONOS control solution for their new Amazon-created toy.

Simply put, embrace the power of the network and give consumers the freedom to have a network of speakers, a whole houseful, that all talk to one another across the network. Push this envelope. And remember, human resources beyond analog audio expertise and past go to market skills, are a key foundational requirement for success on this point.

The joy of digital integration:

Secondly, embrace integration starting with digital amplifiers. Get over it. In today's world, as soon as you have to plug something in, the consumer experience is once again a tethered experience that only works in a small part of their life instead of all of their life. Tethering should be optional in today’s world. Put the power of digital together with speaker products that enable an untethered network impact. Powered loudspeakers are a great step in this direction; now make them leverage the network and still sound heavenly-analog to the ear.
While you’re at it, embrace battery technologies. While being tethered to a 110 volt power line is acceptable enough now, eventually it too will fade. Recognize, of course, that while audio is inherently analog and building the best analog experience possible is a given, don't relegate consumers to second class citizen status by requiring new speakers to attach to old audio equipment that rarely gets used in the modern world. 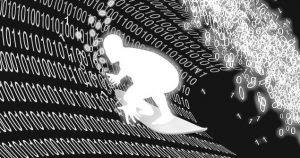 Hopefully, at this point, it's clear that digital is the only way to go. However, do not neglect the analog art part of the equation. This is the secret sauce that traditional speaker manufacturers can bring to bear uniquely. Engineers solely grounded in the power of digital bits and bytes will likely never learn the analog art needed to really deliver nirvana-level sound from within the digital domain.  Neither will analog artists alone ride the digital wave to maximum impact. The good news here is that it is easier for an organization to hire and learn of digital bits and bytes than it is to learn the art of analog sound.

Traditional analog experience is either an anchor or the key to success for any speaker manufacturer’s ultimate survival depending on whether or not they boldly embrace the digital domain which their consumers have already embraced so fully. 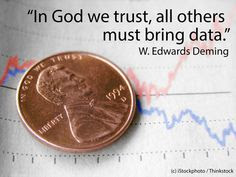 Lastly, none of this matters if you miss the basics of blocking and tackling for the business. Work sales channels as they currently exist and provide them with a logical and clear product selection. Make sure to conquer the supply chain side of the business; not just the delivery side logistics but the supply side as well.

And finally, let the data guide you beyond your mission; “In God We Trust. All others must bring data” E. Deming’s famous quote can and should be the guiding light today.

The digital domain delivers track-ability and data flow that's really possible; data from and about the products, the channels, the consumers and the prospects. Make it work and let it serve the consumer while it grows the business.
Put all the digital tools to work and reignite growth in the analog speaker business beyond market expectations. That’s what a speaker manufacturer needs to do today.