“Nobody loves me but my Momma.  And she might be jivin’ too.”

Do you know da blues?  If not, that sole little line gives you just a taste of the blues. Let’s explore a few more such lyrics to broaden your view.

Thanks to my Dad, I’ve loved the blues from a very early age.  The driving beat of the drum, the deep thump of a bass, the moaning, wailing, cry of a lead guitar all backing a story of blues; a down and out, downer of a story that somehow still makes you feel good. Even if only because, as you listen and jive along, you realize every blues singer in the world must be sadder than you. 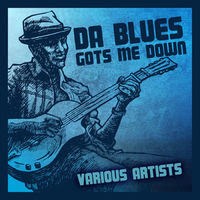 Now, “some folks say the blues ain't bad, must not have been these worried blues they had”

“If it wasn’t for bad luck, I wouldn’t have no luck at all”

“You got to suffer if you want to sing the blues”
And “If you don’t dig the blues, you gotta a hole in your soul”

My business trip to the east coast this week was supposed to be quick - fly out
on Sunday, fly back on Tuesday. However, as luck would have it, my trip was extended for an extra night because of another meeting in New York City.

On the plus side, it meant I found myself alone, in the heart of the Big Apple, with a free Tuesday evening on my hands.

As I pondered what to do, another blues tune came to mind:

“When the evenin' sun goes downYou will find me hangin' 'roundOh, the night life, it ain't no good lifeBut it's my life” 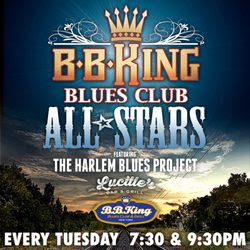 Next thing I knew, I was sitting at Lucille’s old marble bar in Times Square. Listening to The BB King Blues All-Stars live and enjoying an adult beverage over dinner.

“Oh, the night life, it ain't no good lifeBut it's my life”

There I was, 3 fingers into a 4 finger pour of some very good Bookers bourbon when I see my Toastmaster friend Bill Bailey’s email flicker across my phone reminding me I’m scheduled to deliver a speech at our early morning Toastmaster's meeting 36 hours away. Crap. Suddenly, I felt the onset of what I recognized as nothing less than the ‘Bill Bailey Induced Toastmaster Blues’.

Of course, I didn’t let the rest of the good bourbon go to waste. Instead, I started jotting down blues lines that came to mind with the thought of somehow blending them into a speech.

In other words, “I got my mojo working” as the hoochie coochie blues man would say.

“Bet you didn't think I knew how to rock 'n' roll
Lord, I got the boogie-woogie right down in my very soul.” 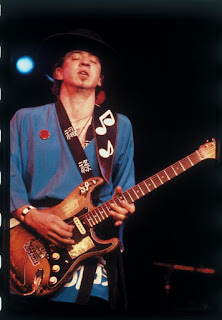 I thought about Stevie Ray Vaughan playing “Texas Flood” and “The Sky is Crying” and then I thought of all the  bluesy songs of lost love and woe:

“You said before I met you, your life was mighty tame
I took you to a nightclub
the whole band knew your name”

“I bought you a steak dinner, you said 'Thanks for the snack',I gave you seven children, now you want to give them back”

“Married me a wife, she gave me trouble all my life”

“Came home the other night,caught the two of you alone,you told me he was a nudist,
who came in
to use the phone”

Da blues apply to both sides of the aisle, taking a female point of view,

“My momma done told me
A man’s gonna sweet-talk and give you the big eyes
But when the sweet-talking’s done
A man is a two-face, worrisome thing
Who’ll leave you to sing the blues in the night”

And as an “Angel from Montgomery” crooned 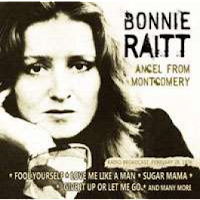 My old man is anotherChild who's grown old

Yes, the “Da Blues been around since time began when the first lyin' woman met the first cheatin' man.”
“If I'd killed you when I met you, I'd be outta jail by now”

As the last drop of my bourbon slipped over my lips, I began to ponder my Toastmaster blues and a vision for this very speech appeared:

The evaluator said,
You stunk
Could’ve been worse
Try again, next time 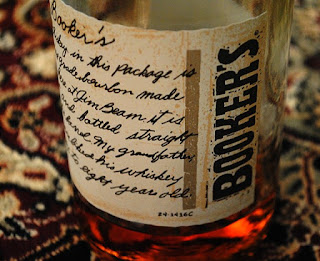 And don’t forget the order

“Damn right I got the blues. From my head down to my shoes.”

Yep, that night and this piece was for you Dad.  Love and miss you!