Well, what about that Tuesday evening? Wasn't sure what to expect but it was a true spectacle, a Roman Colosseum, throw ‘em to the lions, good ol’ public event.

And the colosseum’s watching crowd roared over social media. Sadly, much of the crowd was spewing forth what can only be called “hatred”: I hate his hair. I hate that position. I hate that group. I hate that man.

Now, there are certain foods I tend to say I hate… I mean when you have to hand-massage with olive oil a weed called kale just to make it edible … well, to me, that’s just ridiculous!

And I’ve been known to say I hate various forms of exercise … and now you know, why I look the way I do …

But hatred for another person or group of people? Not just disagreeing, ever so strongly, with their position. But hatred? A hatred so strong that we have to profess it publicly, on social media? Is this what the lion’s den of our government officials has inspired us to?

I did not last very long with Tuesday’s debacle, I mean debate. And I quickly left social media for the immediate sake of my own health.

Instead, I decided a quiet Bourbon and a good cigar would be far less of a threat to my health than either of those going-ons.

As the evening drifted by,

Those thoughts led me to reaffirming that I only want 3 core things from my Government:

So, there you have it. I don’t want more public spectacles that fuel hate spewing social media outcries from all political corners. Our leaders and the media appear hellbent on turning us against each other. We can’t let that happen.

I just want these 3 simple things. 3 things that are powerful enough to form the foundation of real freedom for all. It’s not about a free lunch or for that matter, a free anything.

If you’re with me thus far, you may be saying, OK Greg. How do we do all that?

Well, I’ll welcome you to join me for another bourbon and a good cigar. 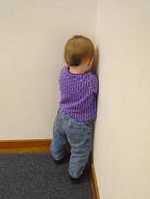