At Least Two Sides to Every Story

Growing up, did you ever hear that sage old line, “there are always at least two sides to every story. Your side, their side, and the truth, which is somewhere in the middle.” I not only heard that line, I sometimes fretted over it. You see, my mom would use that line to get to the bottom of the “he said, she said” issues that arose regularly amongst her 8 kids.

Mom would separate the 2 bickering kids and listen to each separately and independently tell their story. Knowing that one of my brothers or sisters was telling a side of the story I couldn’t hear, had the effect of making me stick pretty close to the truth when I got to telling my side of the story. In the end, of course, mom would decide what the truth was and she would hand down her decision and corrective actions accordingly. That line though, stuck with me. 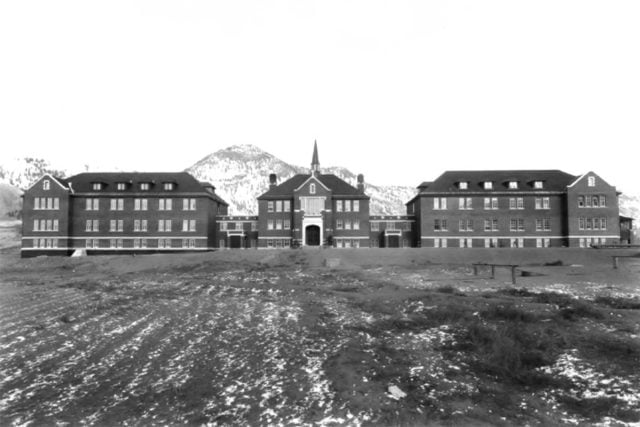 Now, do you remember last summer’s heartbreaking story about the discovery of hundreds of graves of children at the Kamloops Indian Reservation School in Canada? It was awful… and the Government and the Church (especially the Church) was at the center of it according to all the media doing the reporting.

“The Kamloops “discovery” of 2021 created a major sensation across the globe.

Did your heart bleed for those poor children? Did you feel righteous anger at the perpetrators from the Church and Government who were responsible for the Kamloops School?

Did you cheer on those who “took action”:

A terrible tragedy all the way around. Such overwhelming sadness for those hundreds (maybe even more) of children buried in unmarked or mass graves on the Kamloops school grounds. Damn those Government and Church officials.

The press, of course, went onto other “news” and our attention was swept away after hearing all of these voices telling just one side of the story. However, as mom would say, there are always at least two sides to every story and the truth is somewhere in the middle.

In the case of the Kamloops discovery of 2021, do you know that not a single, solitary body or grave has actually been found per this discovery/accusation?

How can that be?

Well, Dr. Sarah Beaulieu, an instructor at the University of Fraser Valley since 2018 (she received her Masters in 2015 and her PhD in 2019), tells one side of the story; the side the press and politicians chose to amplify. You see, Dr. Sarah pioneered the use of Ground Penetrating Radar (GPR) as a remote sensing method in her work as a modern conflict anthropologist. She’s used her techniques to research WWI interment sites, to survey cemeteries, and to search for lost graves from the past across Canada.

Dr. Sarah’s astonishing discovery and her horrifying claims of hundreds of childhood graves at the Kamloops school was based not on finding graves, coffins, or human remains. Rather her claim was based on ground penetrating radar showing depressions and abnormalities in the soil of an apple orchard near the school. She then interpreted those depressions and abnormalities as the lost graves of hundreds of children. And her horrific tale became “news”

A few months after her discovery and the press tsunami that swept us all up in the horror of the story, Dr. Sarah did scale back her story a bit saying the “probable burials” are based on disturbances her radar picked up which “have multiple signatures that present like burials” although they could be “tree roots, metal and stones”. Did the press report on this twist in her story so as to allow us all to take a questioning pause? Nope.

Dr. Sarah’s side of the story induced the Office of the United Nations High Commissioner for Human Rights to portray the situation as “a large-scale human rights violation.” The UN urged Canadian authorities and the Catholic Church to conduct “thorough investigations into the discovery of a mass grave containing the remains of over 200 children” — remember, in actuality, not a single body has been uncovered.

The supposed perpetrators of this “crime” even began “making excuses: governments, religious communities, and the Conference of Catholic Bishops. In June, Pope Francis expressed his pain for “the shocking discovery in Canada of the remains of 215 children” at Kamloops” and Aboriginal leaders began “demanding a formal apology” with some calling on the church to provide compensation for survivors.

By never pointing out that all these supposed graves are merely a matter of speculation and that no remains have yet been found, “governments and the media are simply granting credence to what is really a thesis: the thesis of the “disappearance” of children from residential schools. From an allegation of potential “cultural genocide” the story moved to one of adamant “physical genocide.” All based “only on soil abnormalities that could easily be caused by root movements”, as the anthropologist Dr. Sarah herself cautioned in her follow-up press conference.

Yep, mom was right, “there are always at least two sides to every story and the truth hides somewhere in the middle.” As hard as it might be in today’s world of shocking headlines and immediate demands to decide and choose sides, please seek the other sides of any story and hear it out for yourself. You just might find the truth.

Climate Change by What Standard of Value?

As a kid, did you ever hear these old parental songs?

Did those predicted catastrophes come home to roost? Did you ruin your eyesight, is your face stuck in a funny expression, did you go blind?

As an adult, are you now hearing the climate change song: “pollution from fossil fuels are hazardous to our health, irreversibly ruining our environment, we must take massive and expensive action now”.

Do you recognize, the many historical verses of that ol’ song:

What actually happened over all those decades? I’ll give you a hint… it is a very different crescendo.

People around the world nearly doubled their use of fossil fuels. And instead of epic catastrophe, we witnessed improvement in human life across the board. Yes! Life got better for billions of people in just a few decades largely because of more fossil fuels.

Yes, in spite of all the expert predictions singing in our ears for decades, the globe's increased use of fossil fuels actually led to billions of people living longer and more fulfilling lives. Sing that tune! 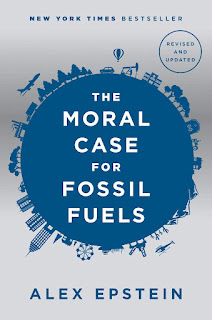 “Fossil fuel technology transforms nature to improve human life on an epic scale. It is the only energy technology that can currently meet the energy needs of all 7+ billion people on this planet. While there are some truly exciting supplemental technologies that may rise to dominance in some distant decade, that does not diminish the greatness or immense value of fossil fuel technology.” Epstein, Alex. The Moral Case for Fossil Fuels (p. 34). Penguin Publishing Group. Kindle Edition.

Quite the surprise result. Perhaps it is more about the standard of value we use that should determine the song.

Just as the songs of our parents about TV viewing distances and such, proved to be non-catastrophic,  the climate songs being sung to us are not the catastrophes being professed. They do require us however, to ask questions including the actual standard of value all the proposed actions are grounded upon.

The simple reality is that if human life is the standard of value with which to measure success or failure, we need more energy, from more fossil fuels (along with energy from other sources too) to solve the real human troubles that remain in our wonderful world.

The next time you hear the siren call of a climate song, stop and ask what the standard of value is behind the plans being put forth.